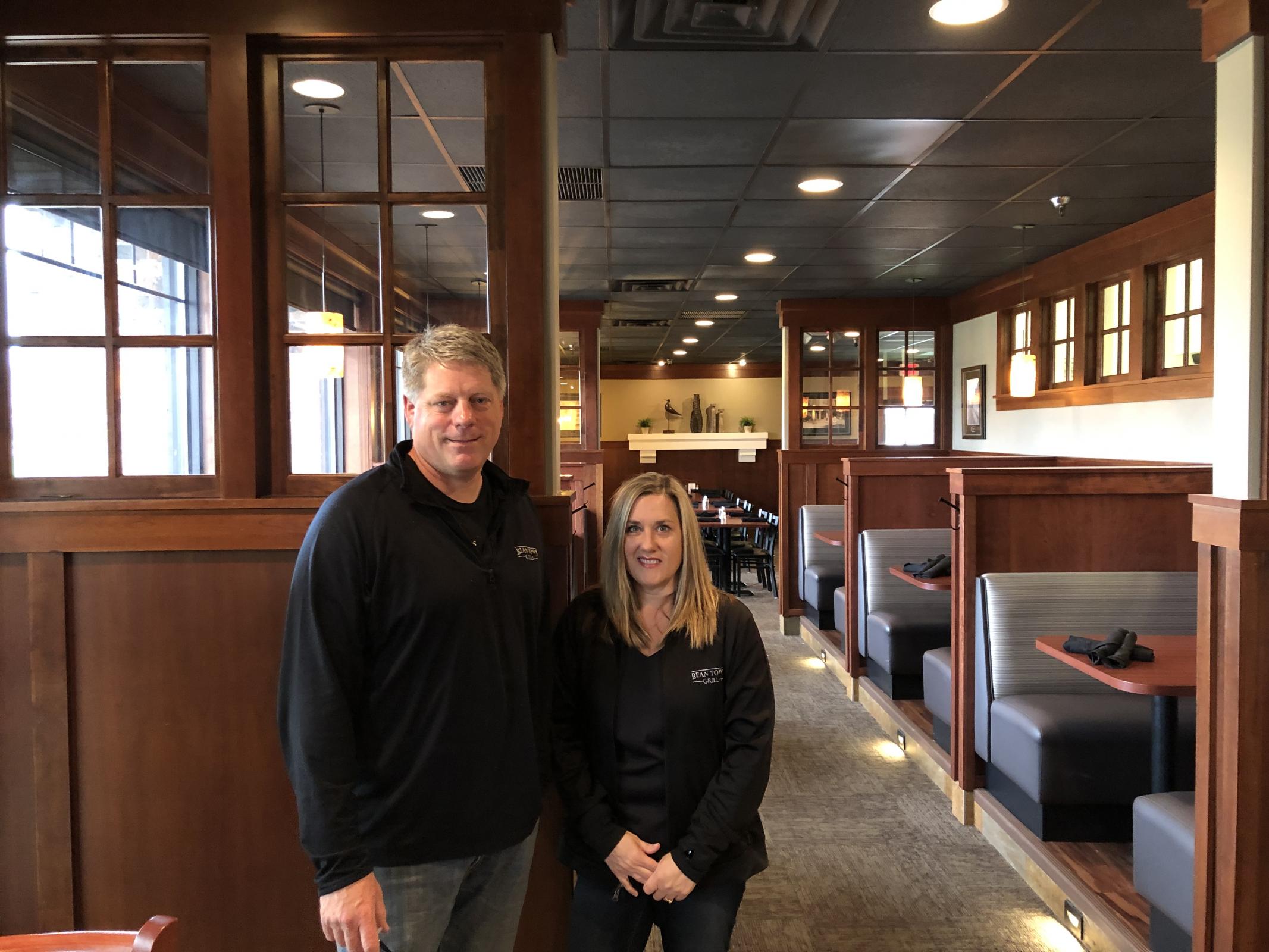 May 5–11 is National Small Business Week across America. It’s the perfect time to highlight small businesses and offer our appreciation for the hardworking entrepreneurs of Fairmont who contribute to the character and vitality of our community while employing our local residents.

Locally-owned businesses created by dedicated and passionate entrepreneurs like Steve and Tina Jette help to define our community. Their restaurant, Bean Town Grill, is a fine example of a small business success story.

Since 2012, the establishment has been bringing its healthy, homemade and unique dining flair to Fairmont. Bean Town specializes in steaks and seafood. It’s become the place people go when they have company in town or for special occasions. But the eatery is versatile. It also offers casual fare like sandwiches, burgers and salads.

Tina points out that Bean Town strives to provide healthier food options. Most menu items — including desserts, soups and sauces — are prepared from scratch. The restaurant grows its own vegetables and herbs in a summer garden that surrounds its outdoor patio. It uses fresh and local ingredients whenever possible.

“We're really rooted in this community and know how important it is to support local. We try to shop local whenever possible for anything to keep supporting the local economy,” says Tina.

The Bean Town name is a nod to the community. It ties into the agricultural ambitions of a group of English settlers and investors who came to Fairmont at the end of the nineteenth century.

Building a Home and a Business in Fairmont

A job transfer with Torgerson Properties, which owns and operates hotels and restaurants like Holiday Inn and Perkins, initially brought the Jettes to Fairmont in 1996. Before moving here, they had never visited.

Tina says they fell in love with the community. “We really like the size of the town and the people. It’s a small town, but it’s not too small,” she says.

Soon after the Jettes arrived in Fairmont, their young daughter was diagnosed with cancer. Tina notes that the community rallied around the family during this difficult time, offering emotional support and holding fundraisers to help them pay for medical bills. The outpouring of support helped solidify their feeling that Fairmont was the perfect home.

Steve had a lengthy stint managing banquet, food and beverage services for big companies but eventually felt constrained by this role. “He decided didn’t like the chain restaurant business and being limited by corporate in what he could do,” explains Tina. “He wanted to create his own menu.”

At a subsequent job heading up the food service at Interlaken Golf Club, Steve was afforded more creativity and flexibility. But after nearly a decade there, the Jettes decided that if Steve was going to work such long hours, it would be more worthwhile and meaningful to start their own restaurant.

The couple had also noticed a lack of dining options in Fairmont and knew Steve could enhance the culinary scene with his skills and creativity since he had 22 years in the restaurant business under his belt.

At the time, Tina was a real estate agent and the couple had been investing in income properties. But they needed help with planning and putting the financing together to buy a restaurant.

“We didn't have family that could loan us the money,” says Tina. “And we weren’t sure where to begin with getting a loan.”

The Small Business Administration and the Fairmont Economic Development Authority (FEDA) offered important advice on business planning and partnered with a local bank to put together a financial package.

The couple was able to borrow against the equity of their rentals and Paul Baldus, a golf pro at Interlaken, was brought on as a partner in the business. Baldus helped share the downpayment cost of the building.

The restaurant they bought had been a Chinese buffet and needed to be completely gutted and renovated for a more upscale dining experience. A FEDA revolving loan fund was used to renovate the building and purchase kitchen equipment.

These efforts have paid off. Three years ago, the Jettes were able to buy Baldus out. Shortly after that, Tina started working part time at the restaurant. She helps manage operations and fills in as needed in the front of house while Steve runs the kitchen.

Bean Town employs 40 people. Each of their three daughters has worked at the restaurant in a range of different roles starting at the age of 13. Tina says the restaurant cultivates an upbeat work culture and the focus is “to just have fun, because if employees are having fun, it wears off on customers.”

The couple takes pride in their business and hopes to continue its successful growth into the future. Bean Town was recently remodeled with new carpeting, light fixtures and booths and reframed historic photos of Martin County. The restaurant also launched a new catering service based on customer requests.

Funding rural broadband: A no-brainer for this legislative session

Mar 25 2019
Consider this your daily affirmation of Minnesota’s excellence: We have the best funding structure for connecting our rural areas to high quality broadband internet access. You can thank the Minnesota’s Border-to-Border Broadband Development Grant Program housed within the Department of Employment and Economic Development for this. The overarching goal o...Continue Reading

Mar 21 2019
Gov. Tim Walz, legislators want to reinstate the angel tax credit program.  State lawmakers and Gov. Tim Walz want to replenish funding for a lapsed program that gave tens of millions in tax breaks to investors who helped start businesses in Minnesota. The state could spend up to $20 million a yea...Continue Reading

Automation on the Job

Mar 19 2019
Leaves Time for Higher-Thinking Tasks Technologies that eliminate jobs or drastically change the way work is performed is a thread that runs through history and popular culture. Even now, print and digital book sales in the sci-fi/fantasy genre have doubled since 2010, according to publishing industry data. With Minnesota’s low unemployment rate...Continue Reading