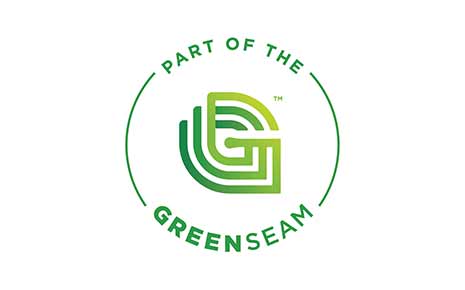 Martin County is a top agricultural region in Minnesota and in the nation. When combined with its neighbors in southern Minnesota and northern Iowa, the region boasts more than 800 ag-related businesses.

Clusters like this bode well for industry because they can help improve efficiency and innovation as well as create new businesses. Just as the Silicon Valley is a high-tech epicenter, this region is an agricultural stronghold, which is why there’s now an initiative to brand it as the “GreenSeam.”

With the GreenSeam branding, communities across the region are banding together to pool their strengths, broaden their reach and encourage investment. GreenSeam Director Sam Ziegler admits the GreenSeam cluster is more geographically spread out than Silicon Valley and that none of its communities has every single component needed for success. “How can we leverage that? We work together,” he says. “When we pull together, few places in the world can compete with our strength in ag.”

Beyond branding and developing geographical recognition, GreenSeam’s goals are to attract, develop and retain both businesses and talent. The roots of the partnership are about economic development and helping businesses grow.

This geographic concentration of interrelated companies in the GreenSeam forms one of the highest concentrations of food, agriculture and beverage production in the U.S. The industry cluster is strong because it features a broad rather than specialized foundation with easy access to crops, raw materials, processing, warehousing and distribution as well as professional services like banks and law offices and amenities like ag-related higher education and technical training.

People in the area have long farmed and raised livestock. They’ve also been innovators in advancing farming techniques, production and equipment. Companies in Martin County like Hen-Way Manufacturing, Kahler Automation and Easy Automation have been leading the way with their high-tech ag inventions.

When Fairmont works to attract businesses, ag is already one of its target industries. The intent is to build on what’s already here. Martin County has 250 direct ag businesses and most of its other businesses are indirectly related to ag in some way.

That’s part of why the City of Fairmont was one of the first cities to join the GreenSeam partnership. For Linsey Preuss, Fairmont’s economic development coordinator, it was a no-brainer. “If we could be part of an organization that exists to celebrate and help recruit ag business to strengthen this cluster, why wouldn’t we?” she says.

One of the key components of pulling the cluster together is talent development and retention.

About one-third of the workforce in the GreenSeam region is directly employed by ag. But recruiting young workers for the industry is a challenge. Ziegler says a lot of students come to the region for college but don’t stay. “This means local businesses are short people, so they’re limited in their growth,” he says.

GreenSeam is an advocate for ag as a career option. Ziegler points out that stereotypes still exist about such jobs requiring hands-on, hard labor. But in reality, technology has revolutionized and automated advanced manufacturing and value-added processing workplaces. Ag research is also an attractive option.

Fairmont’s high school is lending its support to this GreenSeam goal with its recent refocusing on vocational training. Its emphasis on agricultural and industrial arts curriculum is supported by industry and is helping prepare young people for in-demand jobs in the region.

GreenSeam benefits Fairmont in developing startups because it helps serve as a connector and resource to research and venture capital funds for Preuss and her team.

“Most businesses don’t just pick up and move to a community. Most are created in a community and tend to stick around there,” says Ziegler. “We are creating a culture that spurs our minds to think more entrepreneurially.”

The Fairmont Economic Development Authority (FEDA) coordinates and administers economic development initiatives for the City of Fairmont, MN. It serves as a comprehensive and premier resource for businesses seeking to startup, grow and locate in the area. FEDA’s priorities include business retention and expansion, financing, workforce development, recruitment, site development, housing and business startup. The FEDA prides itself as a growing resource for Fairmont, MN news.

Jun 3 2019
FAIRMONT — The summer playground program will be returning to Fairmont’s parks this year. Roni Dauer, Fairmont Community Education and Recreation director, told the Fairmont Park Board that the playground program will be similar to previous years. From 1-3 p.m. Tuesdays, Wednesdays and Thursdays from June 11 through Aug. 8, students enterin...Continue Reading

Jun 1 2019
The Department of Employment and Economic Development (DEED) announced that Lorrie Janatopoulos has been hired as Director of CareerForce. Led by a network of private, public and nonprofit partners throughout Minnesota, CareerForce guides people toward rewarding careers, connects individuals to employment opportunities, and provides valuable economic and employment development information to employers...Continue Reading